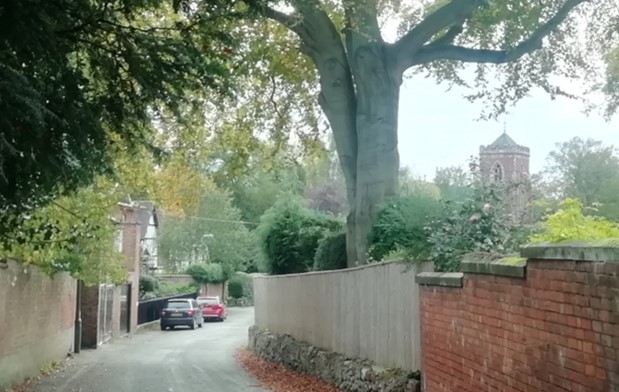 For a look at a video that explores the heart of Meole Brace, click here

There is also a short video with facts about and history of Meole Brace. Find out more by clicking here

Meole is on the line of a Roman Road, which started at Wroxeter and is thought to have crossed the Rea Brook at some point near the entrance to what is now Meole Estate, perhaps roughly where the bridge leading from Meole Island to the town centre is now situated. The road then seems to have run through the village, perhaps passing the gardens at Church Row and then further into what is now Meole Walk. It is there that the road seems to branch into two, with the right-hand fork leading onto what is now the Roman Road, leading eventually to Llanymynech. The left-hand fork progresses on to Stanley Lane and through Mousecroft Lane to Hanwood. There is no evidence to suggest that there was any Roman settlement in Meole Brace

Eventually the Saxons moved into the area, and a manor was established. This manor was situated on the old Roman road, just inside the driveway to the current Meole Brace Hall. It was in an area said to be around 2,000 acres.

The name had led to some controversy. It is said that the name derives from the existence of a mill that existed on the brook. Others maintain that the name comes from the Welsh word ‘moel’, which means ‘bare hill’, whilst still others claim that it comes from the Old English ‘mele’, as in ‘oatmeal’. They support this view by referring to the sediment in the brook, which they say gives a ‘mealy appearance’.

The second part of the name is less controversial. The land around Meole was held after the Norman Conquest by Ralph de Mortimer, but eventually passed to Adulph de Bracy – hence the name Meole Brace. He chose to strengthen his position by demolishing the Saxon manor house and replacing it with a stone castle. When he died, the holding passed to the la Zouche family. They held much land in Derbyshire and seldom visited Meole. Meanwhile, the castle held firm when the village was devastated by the forces of Llewellyn the Great on route to their occupation of Shrewsbury in 1215