More about hill forts in Shropshire

Hill forts are usually found on hilltops, such as those on top of the Wrekin or on Caer Caradoc. Many of them were permanently settled and were inhabited throughout the year, though some could have been established in times of emergency.

Most of the hill forts are surrounded by deep ditches and earthen ramparts. Most of them date from the Iron Age, and may of them fell out of use after the Roman conquest. The Romans preferred settlements on flatter land and disliked the presence of potentially hostile tribes settled on hilltops. They encouraged hill fort inhabitants to leave their hill forts and reside in ‘more civilised’ Roman settlements. This can be seen once the Cornovii left their hilltop home on the Wrekin and settled in Wroxeter instead

This does not mean that hill forts were completely abandoned once the Romans arrived, and the Romans were not unaware of their strategic potential

Detailed information about hill forts in Shropshire can be found here:
http://shropshirehistory.com/military/hillforts.htm

For a virtual walk on Old Oswestry, click here

The hill fort at Caer Caradoc dates back to the Iron Age, or possibly even to the late Bronze Age. The hill is supposedly named after this – Caer Caradog, which, in Welsh, means Caradog’s fort. 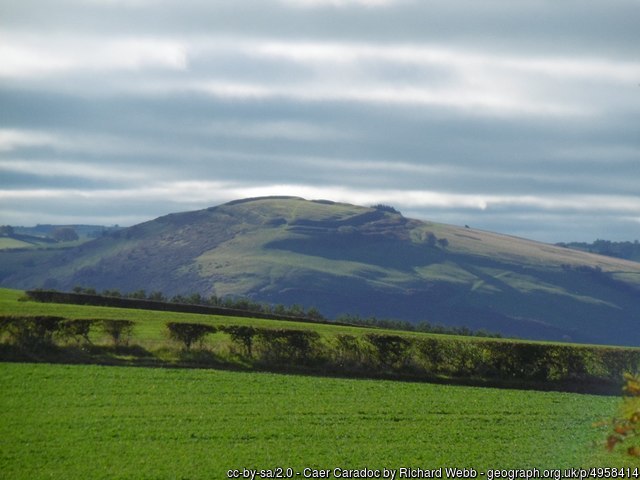